Discover Your Next Big Move

Defining what makes an urban vs. suburban area has become increasingly hard as humans continue to expand. We tend to consider cities as metropolitan areas, and the suburbs as any surrounding area. However, in many cases, more people live outside of the city limits rather than downtown. Take the Bay Area, for example, where only one-tenth of the population lives in the principal city of San Francisco. Regardless of their respective definitions, cities and suburbs each have their own lists of pros and cons regarding the price of living, quality of living, job opportunities, taxes, and much more. Let’s take a closer look to help you decide on your next big move.

The U.S. unemployment rate reached a staggering 14.7% in 2020; however, as the strains of the pandemic ease, this year's unemployment rate decreased to 4%. The 2020 spike in unemployment became the primary reason Americans moved in 2021. Many relocated to more affordable areas, and according to Bloomberg CityLab, 82% of urban areas have seen more people moving out, while suburban areas have seen an influx. Before COVID-19, many Americans had no choice but to live near their place of work, but the rise in remote work has made living where you want more feasible. New research shows that more than 40% of remote workers intend to continue working remotely or via hybrid, rather than reverting to full-time office work. 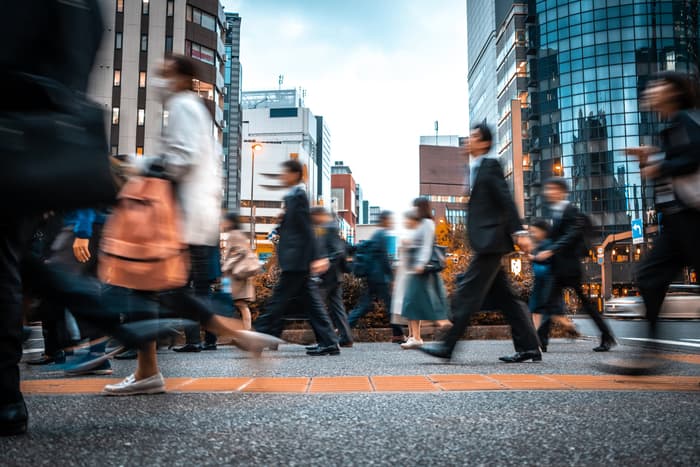 Also, many young adults and college students were forced to move back home over the pandemic due to on-campus housing shutdowns, virtual classes, and office closures. During this hard time, many wanted to be closer to family and of those who moved in 2021, 30% stated that proximity to family was the primary cause. Some chose to move home for financial reasons, while others just wanted to be closer to their nearest and dearest. Whatever the reason, remote work has allowed people to prioritize family, health, and their own desires (cooking, gardening, travel, etc.), making work-life much more desirable.

Another dynamic in the current housing market is the shift towards spacious living environments. Working from home means the need for an at-home office and for some, an at-home gym and yard space for leisure, hobbies, and unwinding. Research from Realtor.com shows the number of suburban home shoppers is 42.1% higher than pre-pandemic levels. Lower populated states, like Idaho, New Mexico, and Maine, have seen flocks of American home buyers. Densely populated states, like New Jersey, New York, and Connecticut, are among the top states with a large departure of residents. However, not all homeowners have relocated to different states. In fact, many people who previously lived and worked in cities, like New York and Chicago, have migrated outwards into the suburban communities - remaining in-county.

Benefits of Living in the Suburbs

Let’s start off by discussing the pros of living in a suburban area:

Firstly, suburban life tends to be much more affordable than city living. Housing, food, taxes, health care, and child care are less expensive in the suburbs. According to a Zillow report in 2018, the median rent per month in big cities was $1,859, compared to $1,583 in the suburbs.

Perhaps the second biggest benefit to suburbia is its square footage. If you’re someone who values privacy, garages, and lawns and gardens, then a suburban house may be more up your alley. If you have kids or pets, a yard may be a top priority. Additionally, living in a neighborhood makes afternoon walks much more accessible with less crowded streets and small alleyways. Rush hour also tends to be a lot tamer in the suburbs, making your daily commute less vexing.

Safety and Peace of Mind

Suburban life is generally safer as there are fewer people to commit crimes. For example, parking your car on the street of a city assumes a greater risk of break-ins or hit and runs. However, every area has its share of crime, so it’s important to look at statistics before making the move.

Schools in the suburbs are generally stronger than those in the city. Also, they tend to have fewer students for a better learning experience. The suburban teacher-to-student ratio allows your child to receive more individualized schooling. 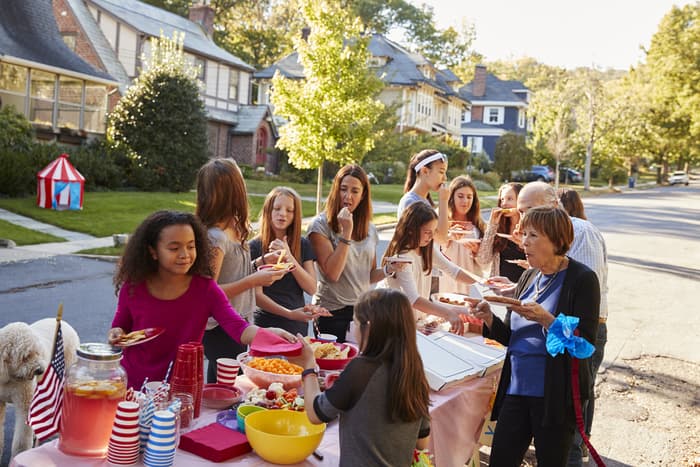 Benefits of Living in the City​​

Though COVID-19 has shifted city living, there are still plenty of benefits to mention, such as:

A great aspect of city living is how close you are to cultural activities, food, venues, museums, airports, jobs, and more. You may be able to walk or take public transportation just a few blocks away for a fun Saturday night. Additionally, if you work downtown, commuting to the office will be a lot easier than commuting from the suburbs.

Most major cities were built on a grid system that encourages the use of public transit. This makes traveling more efficient and inexpensive. Because parking in cities is scarce and pricey, many city dwellers choose to travel solely by foot, train, bus, or bike. You may even be able to live in a city without a car, and many do. Now that Rideshare apps are the norm, even commuting longer distances shouldn’t be a problem. On top of that, using public transit is better for the environment as it reduces your carbon footprint immensely!

Metropolitan areas attract every walk of life from all around the globe. If you’re someone who loves to learn and experience cultures outside of your own, there are countless opportunities in the city. Whether it be the Chinese Lunar New Year Flower Market in NYC, or the Latino Film Festival in Chicago, experiencing cultural food, music, art, garb, and more is highly accessible and frequent.

Cons of the Suburbs and City Living

Now that we’ve discussed the pros, let’s take a look at the cons of each way of life.


Questions to Ask Yourself Before You Move

Here are a few pertinent questions to help you decide if the city or the suburbs are for you:

The bustling life of inner-city living is not for everyone, and its steep price tag makes many hesitant to make the move. However, if you can afford it, and dream of having that city experience, do it! Forbes Home forecasts that the suburbs will continue to see increased numbers of home buyers in 2022. So, for those who love leisure, nature, and wide-open spaces, then suburban life may be for you. Talk to friends and family about their experiences with the city and/or suburbs to get a better idea of your own desires. Never make any hasty decisions and consider your future endeavors before making the move.

Need help finding your next home? Contact HomeHunt today to get your home buying journey started!